Philip Dunne was elected Member of Parliament for Ludlow in Shropshire in 2005. He has been a member of the Environmental Audit Committee since 2018, which he has chaired since January 2020. He previously served as Minister of State for Health (2016-2018) and as Minister for Defence Procurement (2012-2016), having been a Conservative Whip (2008-2012).

Philip was first elected Member of Parliament for the Ludlow Constituency in May 2005 and re-elected in 2010, 2015, 2017 and 2019 latterly with historic majorities for the constituency. He was on the Conservative front bench from 2008 to 2018, initially as an Assistant Whip until 2010 when he was appointed Government Whip. He was appointed Parliamentary Under-Secretary of State in the Ministry of Defence in September 2012. Following the General Election in May 2015, he was promoted to Minister of State for Defence Procurement at the Ministry of Defence.

In July 2016, Philip was appointed Minister of State for Health at the Department of Health, and was reappointed to the same position following the General Election on 8th June 2017 until January 2018.

He believes politicians can contribute most to their communities if they have experience of the world beyond politics. He had a twenty year business career before becoming actively involved in politics.

He has experience of business both big and small: having worked for investment banks in London, New York and Hong Kong and helping start a bookshop business, Ottakar's, from scratch. 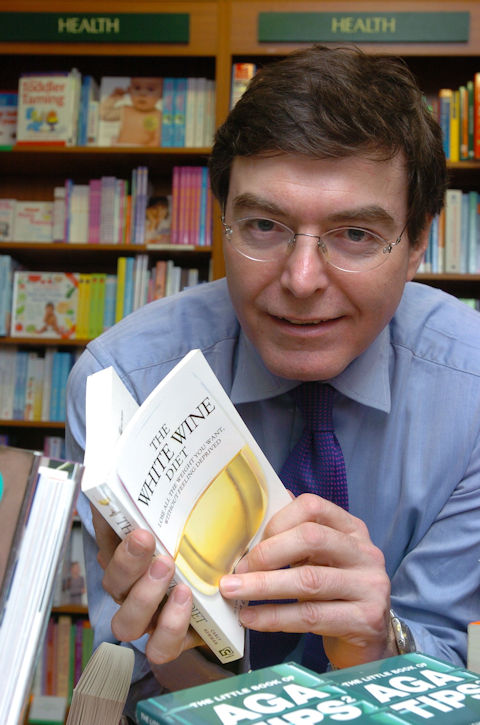 Philip is married with two daughters and two sons, each were at school in the Ludlow constituency, where he was a Governor for six years. He was brought up on the family farm near Ludlow, for which he has had responsibility since 1987. He lives near Ludlow, which he has regarded as his home town all his life.

He enjoys family life, living in the countryside and keeping busy.

Philip read Politics, Philosophy & Economics at Oxford University graduating in 1980. He spent eight years at the then leading British merchant bank S.G.Warburg, working in London and New York advising major British and foreign companies on their strategic development. He then worked for two years for James Gulliver Associates, before becoming a partner of Phoenix Securities, a leading adviser to the financial services sector, for whom he worked for 10 years in London and Hong Kong, during which time it was bought by Donaldson, Lufkin & Jenrette, a US investment bank of which he became a Managing Director (one of many).

During his 18 year involvement as co-founder and then Chairman of Ottakar's, eventually acquired by Waterstones, he helped it grow to a business employing over 2,500 people nationwide in nearly 150 shops. Philip has also been a director of charities, including the Juvenile Diabetes Research Foundation, and he remains a trustee of local charities.

For nine years he was chairman of a quoted Venture Capital Trust, Baronsmead 4 VCT plc, reflecting his enthusiasm for encouraging entrepreneurship in the small business sector. For six years he was also a director of Ruffer LLP, a leading independent private client fund manager.

Philip is a lifelong Conservative. He has campaigned for Conservative candidates at elections since 1974 and was a Conservative appointed governor of a primary school in the 1990s. During the run-up to the 2001 General Election he helped coordinate the campaign for target seats in Greater London - where the Conservatives made net gains.

He won a by-election in November 2001 in the Castle Ward of Ludlow to become the first Conservative Councillor on South Shropshire District Council. He led the Conservative Group on this council until December 2004. He was elected as Member of Parliament for the Ludlow constituency, winning the seat from the Liberal Democrats in May 2005.

He was a director of the cross-party European Information Management Group (EURIM) and the parliamentary chair of its Information Governance group. He also chaired the All Party Parliamentary Groups on Corporate Governance and Rural Services, was Deputy Chairman of the APPG on Diabetes and London 2012 and was Secretary of the APPG on Post Offices.

In the Conservative Party he was Deputy Chairman of the International Office with responsibility for Conservatives Abroad (2008-2010). He was also a Conservative appointed Governor of the Westminster Foundation for Democracy (2008-2010).

Following the General Election in May 2015, Philip was promoted to Minister of State for Defence Procurement. In addition to his previous responsibilities for defence acquisition and exports, he supported the Secretary of State on the Strategic Defence and Security Review 2015 and sat on the Defence Board of the Ministry of Defence.

In July 2016 Philip was appointed Minister of State for Health at the Department of Health, supporting the Secretary of State for Health with responsibility for hospitals, workforce, financial performance, special measures, patient safety and maternity, and was reappointed following the General Election in 2017 with additional responsibility for procurement. He resigned as Minister in January 2018.

On his return to the backbenches, Philip was elected to the Environmental Audit Committee (2018), to ensure governmental and non-governmental public bodies contribute to environmental protection and sustainable development. Since 2020, Philip has chaired this Committee, leading inquiries into important environmental issues, including Greening the Post-Covid recovery, Energy Efficiency in Existing Homes, Green Jobs and Water Quality in Rivers.

In February 2018, Philip was elected co-Chair of the All Party Parliamentary Group for Rural Services to help raise the profile of rural issues in Parliament. He became sole Chair of the group in December 2018. He also became Vice-Chairman of the Conservative Middle East Council (2018-19).

At the request of the then Secretary of State for Defence, in July 2018 he published a report Growing the contribution of defence to UK prosperity. In December 2018 he was appointed Deputy Chairman of the Defence Growth Partnership, a government and industry forum. In March 2019 he was appointed a Commissioner of the Commonwealth War Graves Commission. During 2019 he was a member of the Alternative Arrangements Commission.

Philip was appointed to the Privy Council in February 2019.

Philip has focused on water quality issues since introducing a Private Member’s Bill in January 2020, the Sewage (Inland Waters) Bill, much of which was then taken forward by the Government into the Environment Act 2021. In January 2022 the Environmental Audit Committee published its report into Water Quality in Rivers, several of whose recommendations were included in the Strategic Policy Statement for Ofwat published by DEFRA in February 2022.