South Shropshire MP, Philip Dunne has joined calls for a Rural Economy White Paper at the launch of a new report by the All-Party Parliamentary Group on The Rural Powerhouse in Parliament on Wednesday. 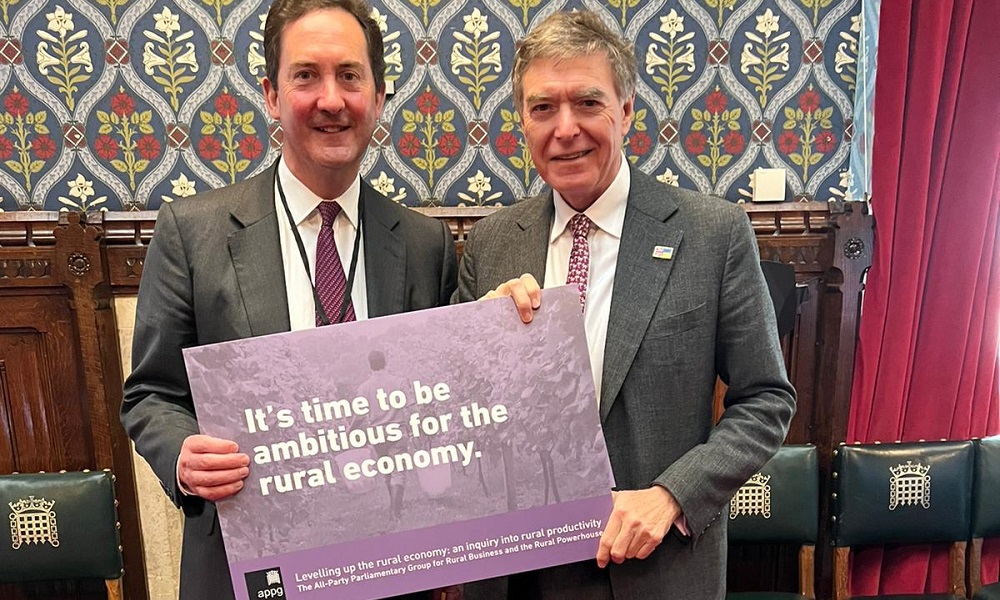 The report sets out a comprehensive blueprint for economic growth in rural communities, transforming the lives of millions of people who live and work in the countryside. The report makes 27 recommendations on ways to close the rural productivity gap, adding a potential £43bn to UK GVA per year.

The report concludes that no government in recent memory has had a program to unlock the economic and social potential of the countryside, and sets out how to improve productivity in rural businesses.  The rural economy is currently 18% less productive than the national average. Closing this gap would add £43bn to the UK economy. Evidence from over 50 bodies found that planning, tax, connectivity, skills, agricultural policy, and lack of ministerial direction is holding the rural economy back.

Mr Dunne, who chairs the APPG on Rural Services, said:

‘It’s time to be ambitious for the rural economy.  I know that rural businesses in South Shropshire have lots of potential to grow, create jobs and contribute even more to our communities.  We need to identify the barriers they face and remove them.  That’s why I am supporting calls for a White Paper on the rural economy to be announced in the forthcoming Queen’s Speech.”

The key policy recommendations to boost rural productivity include: