Philip Dunne MP is calling on local residents to come together and discover the World War heritage on their doorstep by embracing War Graves Week, 21 May to 28 May – an initiative from the Commonwealth War Graves Commission (CWGC).er the world. 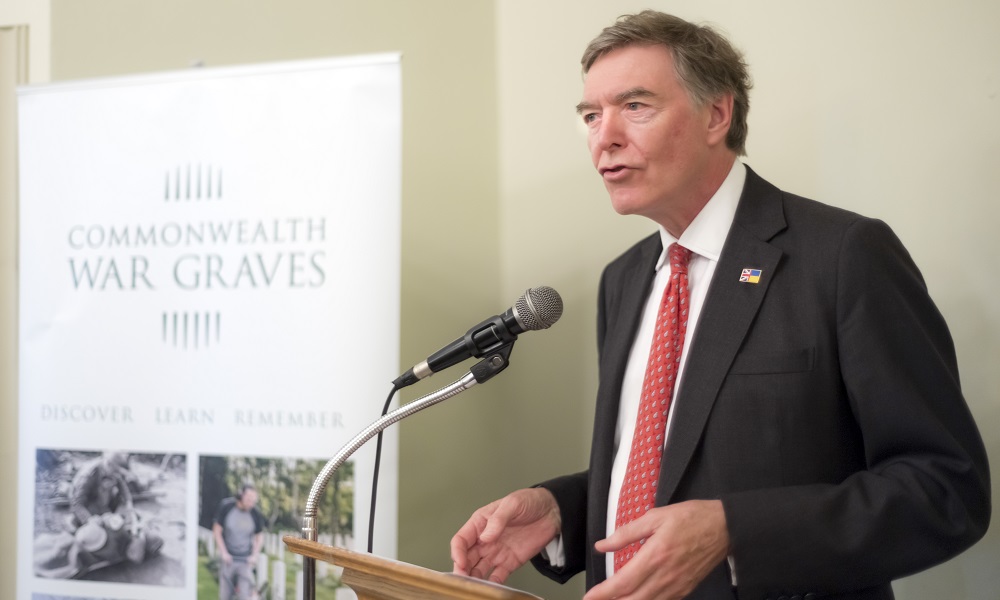 Mr Dunne, who is one of only two MPs to serve as a Commonwealth War Graves Commissioner, co-hosted an event in Parliament to promote War Graves Week, which will encourage local residents to learn about the stories of those commemorated by the CWGC in South Shropshire, as well as the skills, dedication and expertise of those CWGC staff who work to keep their memory alive.

Alongside Mr Dunne to support the launch was actress, Sue Holderness, familiar to Shropshire residents for playing the on-screen wife of the late actor and Ludlow resident, John Challis, on Only Fools and Horses and the Green Green Grass, which was filmed near Ludlow.

South Shropshire residents keen to learn more about the remarkable stories of the men and women of the Commonwealth forces that died in the First and Second World Wars who are buried in their community can visit www.CWGC.org and visit the cemeteries in person. War Graves Week provides a unique chance for the people of South Shropshire to reconnect with their local history.

More than 200 casualties from World War One and World War Two are buried at 74 locations across the Ludlow Constituency with over 30 commemorations at Bridgnorth Cemetery, the largest site in South Shropshire.

By visiting the CWGC website, you can learn about the Ordinary People, Extraordinary Times project – the focus of this year’s War Graves Week. Alongside the front-line armed forces, the CWGC will be celebrating the value those who served during the World Wars brought to key sectors such as healthcare, logistics, infrastructure and communications, and the parallels with today’s global Britain which they helped to create.

Speaking at the formal launch of the Ordinary People, Extraordinary Times project, which he co-hosted in Parliament, Mr Dunne said:

“I would encourage all my constituents to get involved with War Graves Week, which is a fantastic opportunity to reconnect with our local history and learn about the courageous ordinary people from our community who made the ultimate sacrifice for our freedom. At this time of tragic renewed conflict in Europe, recalling the service of those who died to keep us safe is especially poignant.

“Behind every name on a war grave or memorial in one of the county’s many sites is a human story waiting to be discovered, and War Graves Week is the perfect opportunity to do so.

“Visiting Bridgnorth Cemetery is a stark reminder of the brave young men like Dudley Alexander Lee, Donald William Baker and Colin John Wyld McMicael who gave their lives before reaching their 20th birthdays so that future generations can live in the freedom and security that we enjoy today.”

The Commonwealth War Graves Commission (CWGC) honours and cares for the men and women of the Commonwealth forces who died in the First and Second World Wars, ensuring they will never be forgotten. Funded by six Member Governments, CWGC’s work began with building, and now maintaining, cemeteries at 23,000 locations all over the world.

Philip Dunne MP with actress and CWGC Ambassador, Sue Holderness, at the launch of the Ordinary People, Extraordinary Times project at the House of Commons 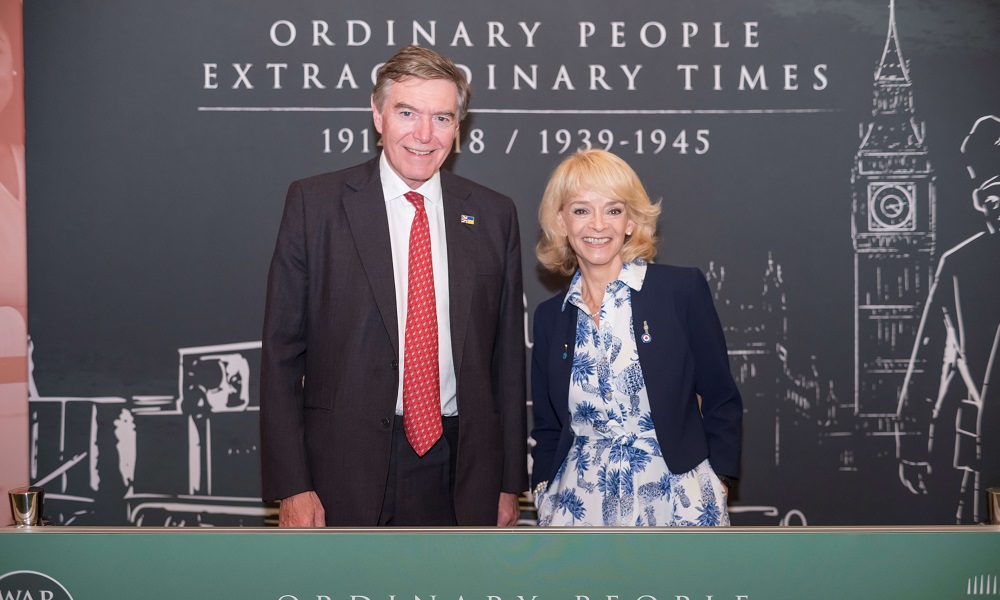